I'm trying to blog a bit more often, and I realize I've missed a lot of opportunities to write about our travels since we moved to Vietnam.

While I'm not going to try to fill in all the gaps, I would direct those interested in getting a look at our travels to my Flickr page, which has a full sets of photos from our trips to the Philippines, Cambodia, Indonesia, China, and various locations in Vietnam.

This past weekend, the destination was Vung Tau. This was the second trip to Vung Tau for myself and the Kiddo. We did a day-trip there by bus in the fall of 2014. It was Gynn's first time there, and instead of taking the bus, we opted for a somewhat more awesome mode of travel: 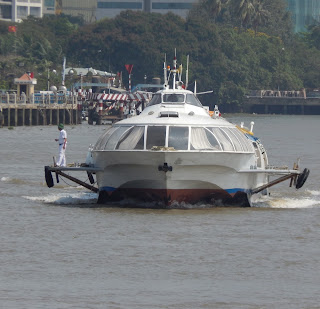 Vina Express runs hydrofoil service several times a day between Saigon and Vung Tau. The trip takes about 90 minutes, although heading out there, we had some short delays due to mechanical issues (not sure exactly what, but it involved having to put a crewman into the water).

Vung Tau is the closest beach resort to Ho Chi Minh City. We were staying at the Green Hotel, along Back Beach, which is the main resort strip. 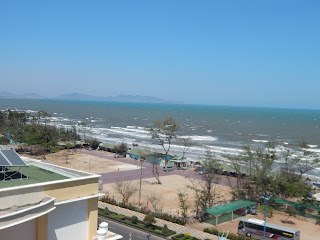 It was the Kiddo's birthday on Saturday, so we took the cable car up to Ho May Park, a theme park on top of one of Vung Tau's mountains. It's not exactly Disneyworld, let's just say, but they have an alpine coaster, and between that and the pirate ship ride, the Kiddo was well entertained. 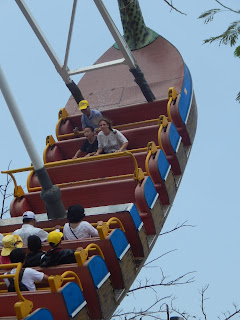 One of the things I really liked about the location where we were staying was that the hotel was surrounded by all kinds of inexpensive street food options. We had some good basic Vietnamese food: grilled pork and rice, pho bo, bun bo Hue, and grilled squid, over the course of the weekend.

On Sunday morning, I headed out early to walk up the 811 steps to the Christ statue at Tuong Dai Chua Kito Vua, with its incredible views of the town and the ocean and shipping lanes. 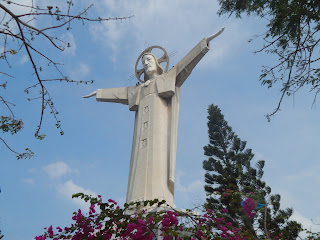 Then it was back on the hydrofoil for a bumpy ride home in heavier seas than we'd had on Friday, ending with some great views of Ho Chi Minh City's ports from the Saigon River. 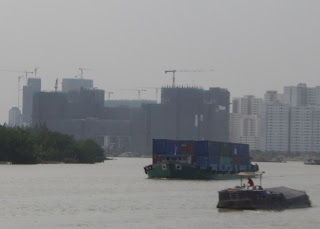 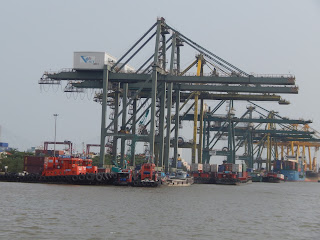 This was a nice, inexpensive weekend getaway, and a good chance to get a look at Ho Chi Minh City and Vung Tau from the water.

We'll be heading home to the USA for about five weeks starting June 9.

Nothing planned between now and then, but we may look to so a small-scale trip over the International Labor Day weekend at the beginning of May.

It's also looking like I'll be having a follow-up surgery on my arm in Singapore in late July, and if that happens, I'm not going to miss the chance to see Singapore for a few days before I have the procedure.


Posted by RickSilvaWriting at 10:23 AM No comments: